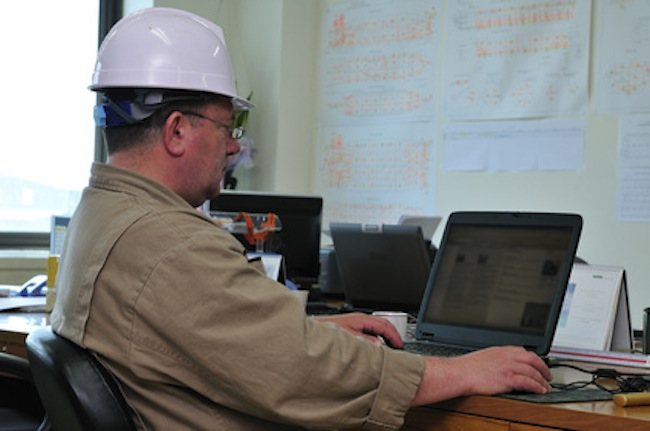 A holiday on a ship or cruise line is ideally a time you explicitly want to spend away from the madness of life that is always on a close tab through technology. You wish to leave behind your phone, fax, email and everything else that connects you to the world outside and just enjoy some quality time with yourself and your loved ones. But that’s almost like a hypothetical world because in the real world, it is hard to sever all ties with the world like that, even for a short span and leave on a trip.

There is work to be done, deadlines to be met and let’s be practical, vacation is going to end someday and you will be back to work and piles of unfinished work wouldn’t be the best welcome back. And sometimes it’s not even a holiday. Long story short, with time people realized ships were not a place that could survive without internet and access to rest of the world.

Providing internet on ships is not the same thing as on land mostly because, well, you are not on land. You are out on waters, surrounded by nothing but expanse of ocean or sea. There are no towers or cables that can make maritime internet an easy reality. But still it happened.

Satellite connections The most common mode of providing internet on ships is through satellite. Providing a direct connection with the satellite services through some hardware installations on the ship, easy access to internet can be provided for all the on boarders. The hardware installations are a must so that internet signals can be tapped from anywhere. Installation charges for the entire ship internet can be somewhere around $600 along with additional charges for the hardware that can range from $50 to $100. The choice of hardware depends on number of factors like 1) Ship size 2) Intended internet usage 3) Speed desired 4) Cost component

A lot of companies offer a wide range of such devices which can help you find just what you need. But it is more like one time investment allowing easy internet access thereon. Even on cruise ships, there are specific zones that offer internet connections for their passengers, allowing them to access their email from any part of the world, literally. Some ships also have marked Wi-Fi zones that offer wireless internet usage for all.

Wireless devices Some people also prefer to take their own wireless devices for internet accessibility but that does not seem to work too well. Since these devices can access internet only when they are near to some ports where network is easily available. Many internet service providers offer data cards that can be connected directly to the system.

However, these also can be used only when the device is close to a port where the signal can be received.

Dial ups Another source of providing internet on cruise ships is through the simple dial up connection of the cell phones. This is not a reliable source either as it is highly dependent on signal’s reception of the phone being used. The phone, in this case, acts as a modem to access the internet connection directly from satellite. But loss of signal can inhibit its efficiency.

While an internet ship is a necessity for most now, finding reliable connection of internet on cruise ships is not that common. Firstly, not all cruise ships offer it just as yet. And secondly, even if they do, there is still no guarantee about its reliability. So for suitable internet ship connection, a satellite device would be the best bet.